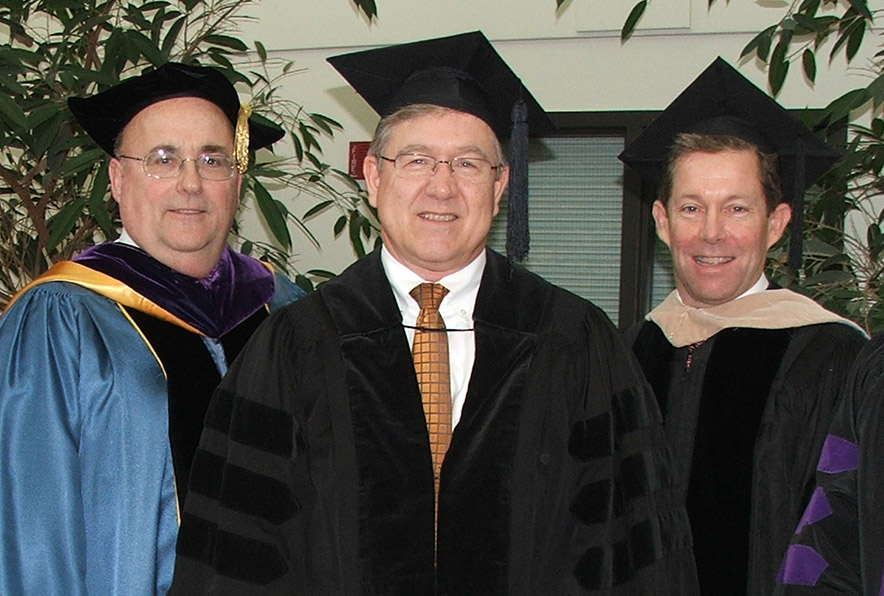 In continuing the University’s legacy of graduates who make an impact on the larger community, Ohio Northern University alumni continue to establish themselves among Ohio’s leading elected officials. Robert R. “Bob” Cupp, who earned both his bachelor’s degree in political science (1973) and law degree (1976) from Ohio Northern, was recently elected as speaker of the Ohio House of Representatives.

He serves alongside Ohio’s governor, Mike DeWine, a fellow graduate of the ONU Pettit College of Law. DeWine hailed Cupp’s election as House speaker, referring to him as “a man of integrity who will serve Ohio well.”

Cupp has a broad and distinguished career in public service. He has served as Allen County commissioner, was a four-time state senator and an Ohio Supreme Court Justice before being first elected a state representative in 2015. In the state Senate, Cupp served two terms as president pro tempore, the Senate’s second-highest leader.

Cupp, who has also shared his insights with ONU students as a consultant/visiting professor of applied political science at his alma mater, received a University Distinguished Alumni Award from Ohio Northern and an honorary degree from the ONU College of Law in recognition of his career of service.

A graduate of Columbus Grove Local schools, Cupp is a resident of Lima, Ohio.