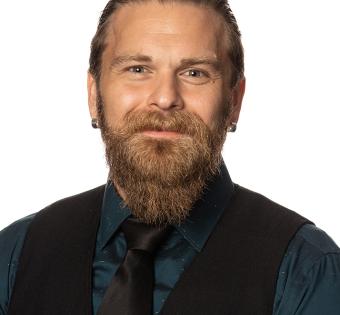 Ryan Johnson is laser focused on becoming an environmental attorney and combating climate change. By utilizing the levers of the legal system, he wants to help sustain biosystems and keep planet Earth habitable for future generations. “I’m like a dog with a bone when I am passionate about an issue,” he says.

ONU Law tends to attract committed justice seekers like Ryan because its small setting is ideal for serious study and collaboration. “ONU has a great community of future advocates who really want to help each other succeed,” says Ryan. “We also have an amazing and brilliant faculty that encourages rigor and participation.”

When Ryan was a little boy, his dad impressed upon him to “never be a bully.” Ever since, he’s been a person who stands up for people and for justice. In high school, he considered a career in law, but ultimately decided to become an English teacher and novelist, obtaining an MFA in creative writing. “My goal was to shed some light on the issues I saw in society under the guise of fiction,” he says.

Throughout Ryan’s teaching career, however, his interest in the law never dissipated. At the same time, he grew increasingly concerned about climate change. He finally decided to take the leap. “I’ve never been one to stand by and watch injustice, so I decided a law degree with an environmental path would be the way to be the change I wanted to see in the world,” he says.

At ONU Law, he has “deep-dived” into his studies and engaged in enlightening discussions and collaborations with his professors outside of class. He’s traveled to Iceland through the Icelandic Legal Exchange program, exploring the Nordic country’s culture, legal system and innovative strategies on environmental issues. “It was a great way to gain empathy and understand complex issues by seeing a fresh perspective,” he says.

Although he expects twists and turns in his future career as an environmental attorney, Ryan knows his strong-willed personality combined with his ONU Law education will serve him well. “I am relentless with accomplishing my goals,” he says. “I've written and edited two novels, ran marathons and been certified to teach martial arts. My future may take some different shapes, but I look forward to watching it unfold.”